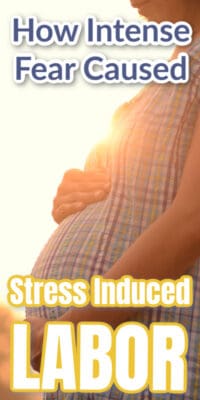 Are you worried you’re going to experience stress induced labor? Hear my first hand story of how my intense fear of my daughter’s safety brought on labor.

A friend once told me me she was a light sleeper since her daughter was born. 18 years ago…

She said her ears attuned to hearing the slightest cry or movement and since then she hadn’t looked back.

I feel her pain. I often wake up a split second after my child has started crying. From a dead sleep in the middle of the night. From downstairs, if I hear a single footstep – a leg coming off the side of the bed onto the floor with a thud…

I’m sitting up before I know what’s happened.

A mother’s love for her child goes beyond just affection and caring. Protection and nurture. It’s almost primal.

I’m convinced there are few stronger ties than those between a mother and her children.

My doctor induced me without asking…

At my 38 week check up, my doctor stripped my membranes without asking. When I asked her what she’d done (I’d only ever had babies with midwives before, and midwives and doctors are quite different) she said…

“Ohhhh, ummm, I stripped your membranes. But if you aren’t ready to go into labor, you won’t!”

I was kind of shocked and a little in pain and came straight home. Afterwards, I put my daughter in the playroom for her daily independent play.

I laid down on the bed near her room to rest my legs for a little while.
Then after a few minutes I thought I heard her voice outside.

“Weird“, I said “isn’t she supposed to be in the playroom?”

I decided to investigate where my daughter went

I walked down into the sun room since it has the most windows and would give me a good view of outside. Surely she’s not outside, I thought, she barely knows how to get a door open.

And then I saw her.

She was outside. Leaning over the edge of the pool.

Immediately I had a surge of adrenaline, my body started to shake, I thought, “She got out of 3 doors without me knowing and is about to fall in the pool,” and then I peed myself.

But who has time to worry about peeing

I started to run outside, as fast as you can actually run when you’re a million weeks pregnant. Then I saw my mother. She was there with her. Had been there the whole time.

She was safe, she was being looked after.

Obviously my mom had just brought her outside and all was well. But I felt shaky and shocked and then as I stood there I realized with surprise…

Fear for my daughter’s life broke my water

Who knows if it was adrenaline, a hormone surge, stress, or my protective mama bear instincts coming to the surface.

Maybe it was a coincidence.

I somehow doubt it. It was just one more validation of my ‘theory’ that mothers are connected so strongly to their children, even in ways they wouldn’t anticipate.

We are just so connected to our kids, our bodies know it

When one of my children wakes in the night or falls or otherwise sounds their cry of distress, before the first cry has finished, my heart has already started pounding.

Even if they are dreaming and that one cry was the first and last, I often lay in bed and marvel at how my heart started racing and woke me out of a dead sleep in something like half a second.

I don’t know how long it takes sound to travel, but I often wonder how I can be woken from a dead sleep, jump out of bed, and be at my child’s bedside within seconds when I hear a scream.

Mothers will give all to their kids

Becoming a mother means that you naturally do things for the good of your kids.

When they are newborns, you sacrifice your sleep.

When they are toddlers, you sacrifice your sanity.

If they get sick, you sacrifice your savings.

We love them even when they act like they don’t like us. We take care of them, clothe them, feed them and play with them even when we’d rather be reading a book alone.

This mother/child connection, to me, is one of the only relationships on earth where you are willing to give give give and expect nothing in return. If a boss made you do this, you’d quit. If your spouse had you do every single thing for them and they gave very little in return, you’d feel cheated.

But with your kids, it’s just something we know has to be done. And so we do it.

The doctor didn’t say I was crazy, but wasn’t sure what to make of it

I told the doctor about the circumstances of my water breaking and, though she had the courtesy to not tell me I’m crazy, she seemed only slightly intrigued.

She didn’t mention anything about stress induced labor, but it made sense to me.

I know the involuntary induction sped things along, but that moment of intense fear, stress, and panic… it broke my water.

Oh, and my son was born a few short hours later. And all was well again with the world.

Get my ultimate newborn sleep schedule and learn how to have a sweet and peaceful sleeper from the very beginning.

Click here and get it sent straight to your inbox! Or simply click on the image below. 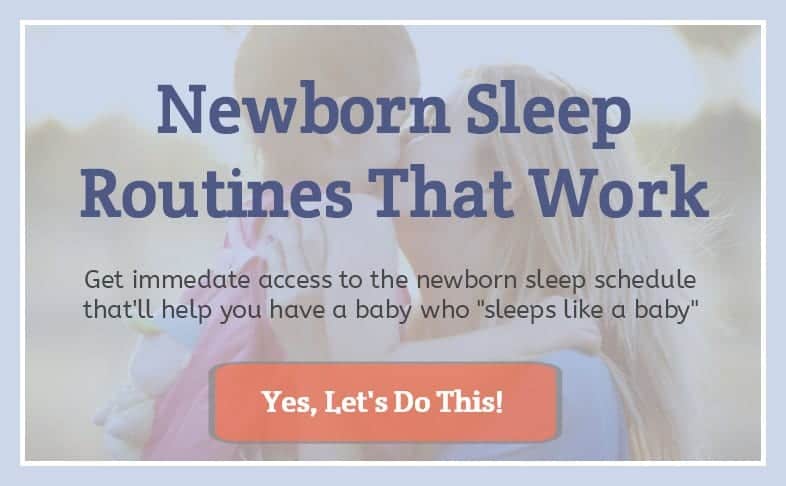 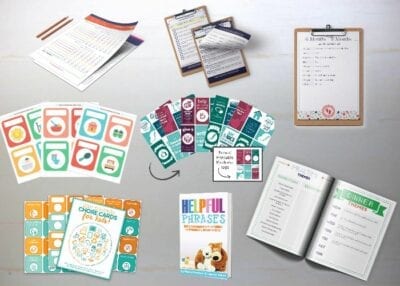