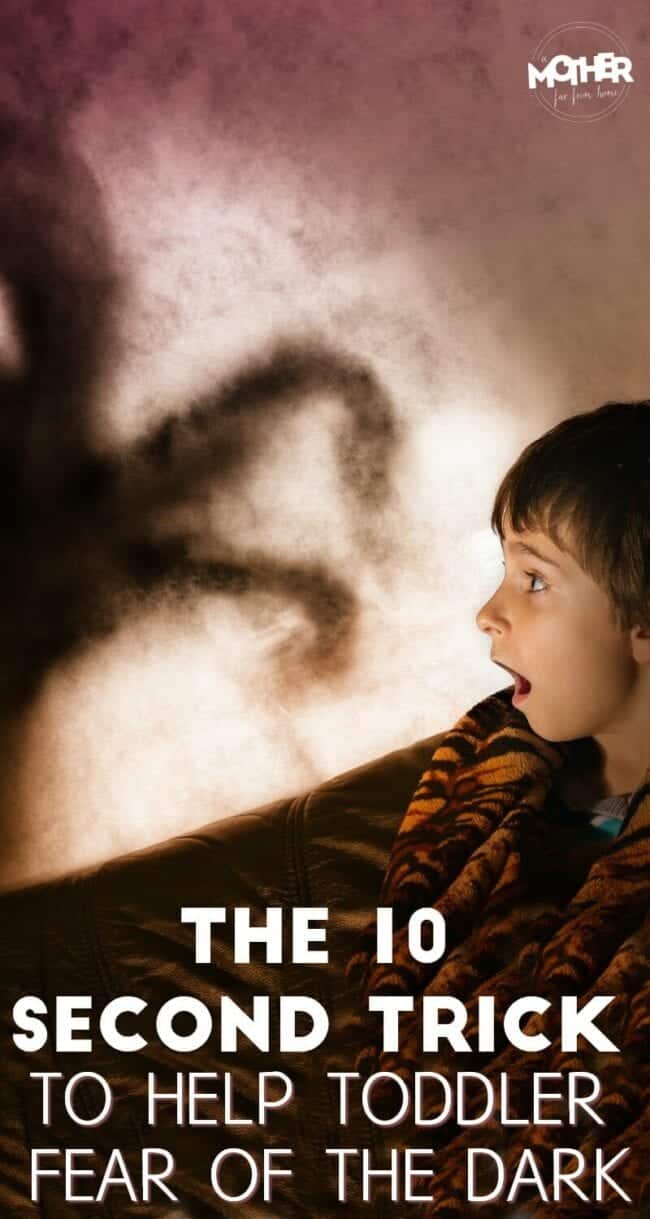 Inside you’ll find an awesome trick to help your toddler afraid of the dark.

Until my kids were around 18 months old they all went to sleep in pitch black and didn’t make a peep. So naturally, I thought I had this motherhood gig figured out.

Night after night I laid the kids down in pitch darkness after our wind down routines, and off they went… to dreamland.

It didn’t occur to me that fear of darkness was actually developmental. That no matter what I’d done in those first two years… that the little ones would eventually go through a phase where they were afraid of the dark. 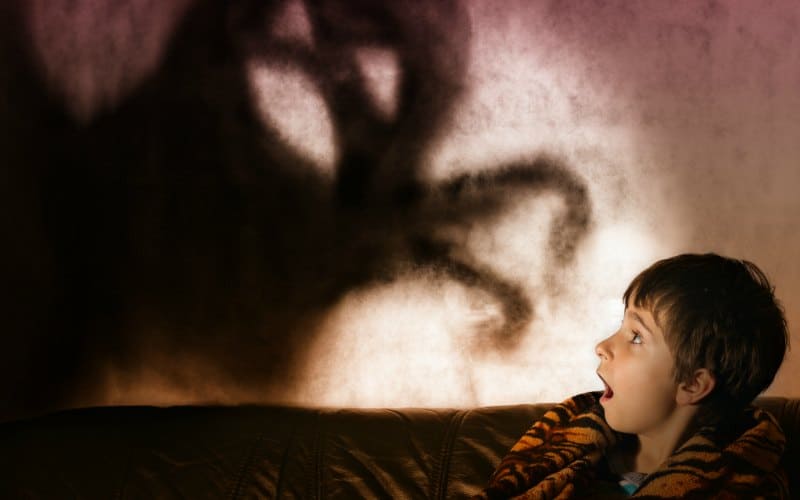 So when my son started saying he was afraid of the dark… I initially just thought he was stalling bedtime. You know… when they want water and a kiss and a cuddle and 12 hours of Deep and Meaningful conversation right as you are about to kiss them good night and go.

But when, night after night, he kept saying he was afraid of the dark… I realized he wasn’t stalling. He was actually afraid. So I bought him a nightlight and put it in a prominent plug in the room.

Read: The Common 2 Year Old Sleep Regression: How To Overcome

But that night light didn’t do jack.

I would say over and over again, “What do you mean it’s dark? There’s a night light!” This didn’t seem to matter. It made no difference. He still went on and on about being afraid.

The truth is, I didn’t want to sit there and use fake spray at the monsters for 3 hours, but nor did I want to leave him to deal with fear alone.

And then it hit me… the reason the fear set in.

Read:  The Crucial Elements of a Rock-Solid Toddler Schedule

At some point during the bedtime routine, after getting on jammies and reading books, we had to turn the light off. And, when we turned the light off, the transition from light to dark seemed so drastic.

It turns out, according to science, that the eyes actually go blind for a few seconds immediately after the lights go out. This is called dark adaptation. Dark adaptation is how the eye recovers its sensitivity following exposure to bright light (source).

And in those few seconds while the eyes are adjusting, the fear sets in. And once the fear has set in, that night light doesn’t really do much to ease the fear. You don’t want to get rid of it entirely, but there’s another element.

Read: 5 Truths About Parenting Toddlers — That We Tend To Forget 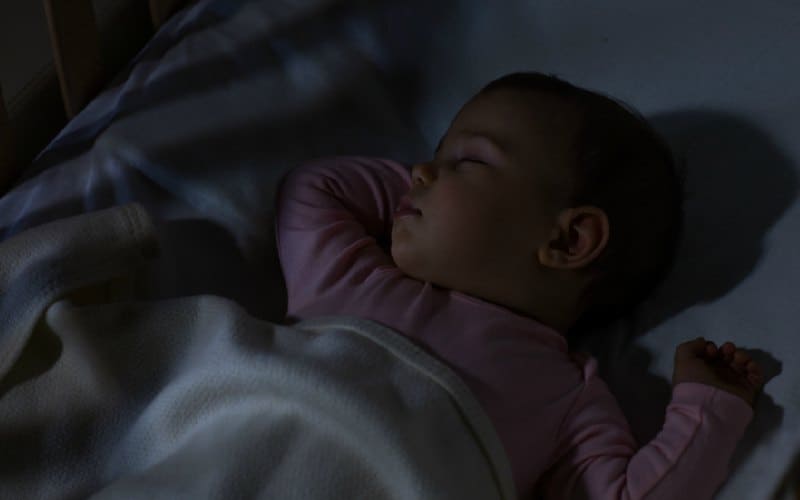 The Trick to Help Toddlers Afraid of the Dark

One night like the many other nights I was trying to convince said 3 year old his room would not be dark because he had a night light… an idea came to me.

In a flash, I told him that I had a 10 second trick to help the room not feel as dark. He was already lying on his bed so I told him to close his eyes.

As soon as he closed them I flicked off the light then walked to him.

I put my hands over his eyes and said, “Okay, let’s count to ten!”

Without knowing it at the time, I’d helped him go through the dark adaptation. In contrast to the pitch black of shut eyes, the night light seemed quite bright  in a dark room. He went to bed afterwards without being afraid.

How To Make It Happen

The key is helping your child’s eyes go through the dark adaptation without their fear setting in. Once fear sets in, it’s hard to remove. You know that feeling, right? Worrying about something as soon as your head hits the pillow and you can’t get it out of your mind?

Well, by asking your child to close their eyes, they’re making a choice. They feel in control.

Then you are there with them counting to ten, helping their eyes get accustomed to darkness, still their own choice. After you’ve given their eyes time to adjust to the pitch black, you remove your hands and let them open their eyes.

At this point, a darkened room with a night light seems cozy, not scary.

I believe it was a combination.

I helped him understand why it seemed so dark. I made it a nightly tradition. And I didn’t make him feel bad for being scared.

Even now, months later, I use it on any child that feels nervous at bedtime and it works every time.

A trick of the eye.