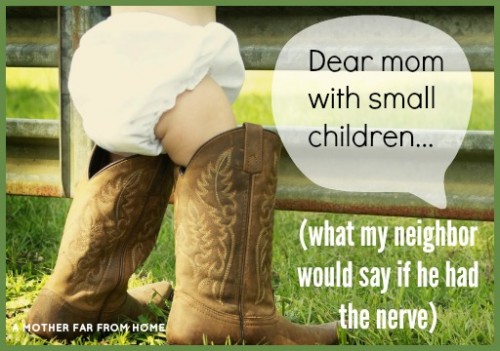 Dear Redheaded Mother Who Lives Behind the Fence,

I’m your neighbor, the one who lives with his girlfriend and wears the cool jackets with the reflectors. We don’t live on the same street as you, we’re sort of behind you. If your accent is any indication, you might call that catty-cornerned.

Times have been interesting since you moved in. I used to enjoy a nice libation and conversation on my patio of an evening as I took in the sunset in silence. I can’t say it’s that silent and peaceful anymore. For one thing, I can tell the smoking thing bothers you. The flurry of shutting windows was my first indication. But what really brought the point home was your coughing. 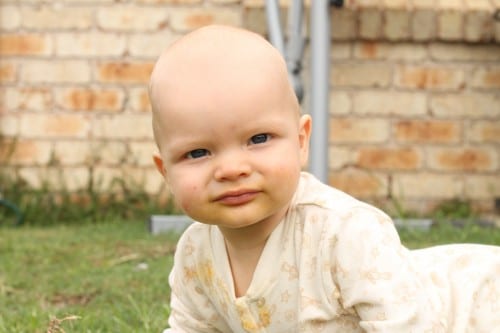 For another thing, your kids are… well… they are loud. And they’re outside a lot. At first I wondered what kind of show you were running when I heard your kids calling each other’s body parts by their anatomically correct names. Then I realized they weren’t being perverts, they’re just naked a lot. Whether you never clothe them or they take off their own clothes, I don’t know. But I’ve seen them prancing around in their gumboots buck naked from my upstairs window too often to count. Not that I stare, mind you, but it’s hard not to look outside when you hear a small voice say, “Look, mom, he poopooed again! He stepped on it!“ 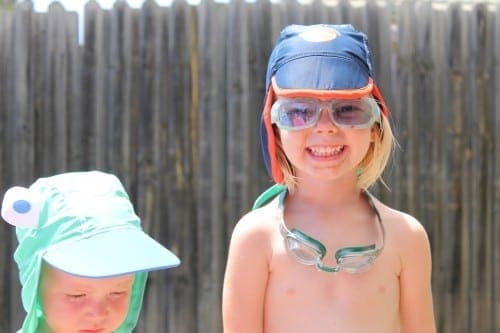 My girlfriend and I used to talk about getting married and having kids, but since you’ve moved in, that conversation hasn’t come up again. The thought of having babies used to seem so romantic.  I didn’t realize  children aren’t always happy and giggling. The other day I was minding my own business when I heard “no, that’s my noodle” followed by a scream, two slaps, a “don’t bite me” and crying from both of your kids that almost made me call child services.

I thought you’d run out immediately to intervene, but I guess you were busy. Although I often wonder what you are doing over there when your kids are outside. Sometimes they stand at the door and yell “mommy, can we come inside?” and “side, peez, mama, side” for ten minutes at a time. I don’t think they like it much when you say “you guys are fine, stop whining and play.” 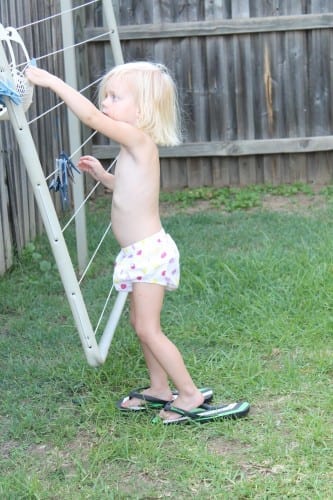 I know your daughter saw me last night trimming the hedges. Even above your loud shushing I heard her say “No, mommy, leave the door open so I can watch the man. Look at the man! Wow, he’s cutting!” I must look better than I thought in my reflector jacket.

Well, I’ll wrap this up, but I just wanted to introduce myself to you and say that I’ll keep your secrets safe for you. I won’t tell anyone the things your daughter says about your underwear when you’re hanging clothes on the line. Or how your kids sit on the patio and eat styrofoam pool noodles. And get stuck in rusty fire pits and eat dirt and ants from the sandbox. I won’t report you when your son keeps going #2 in the yard and you just move it to the future garden patch. 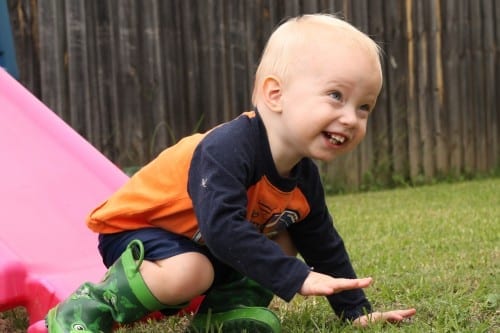 I’ll just go on about my business. I’ll pretend I don’t hear the screams and crying, from both you and your children. I’ll keep smoking because it’s my yard, but I won’t use profanity when the kids can hear. It’s the least I can do considering the nonstop entertainment you guys provide.

Sincerely,
Your Young and Beefy Neighbor