Home » Practical Parenting Tips » How to give age appropriate privileges to kids close in age
3.7Kshares 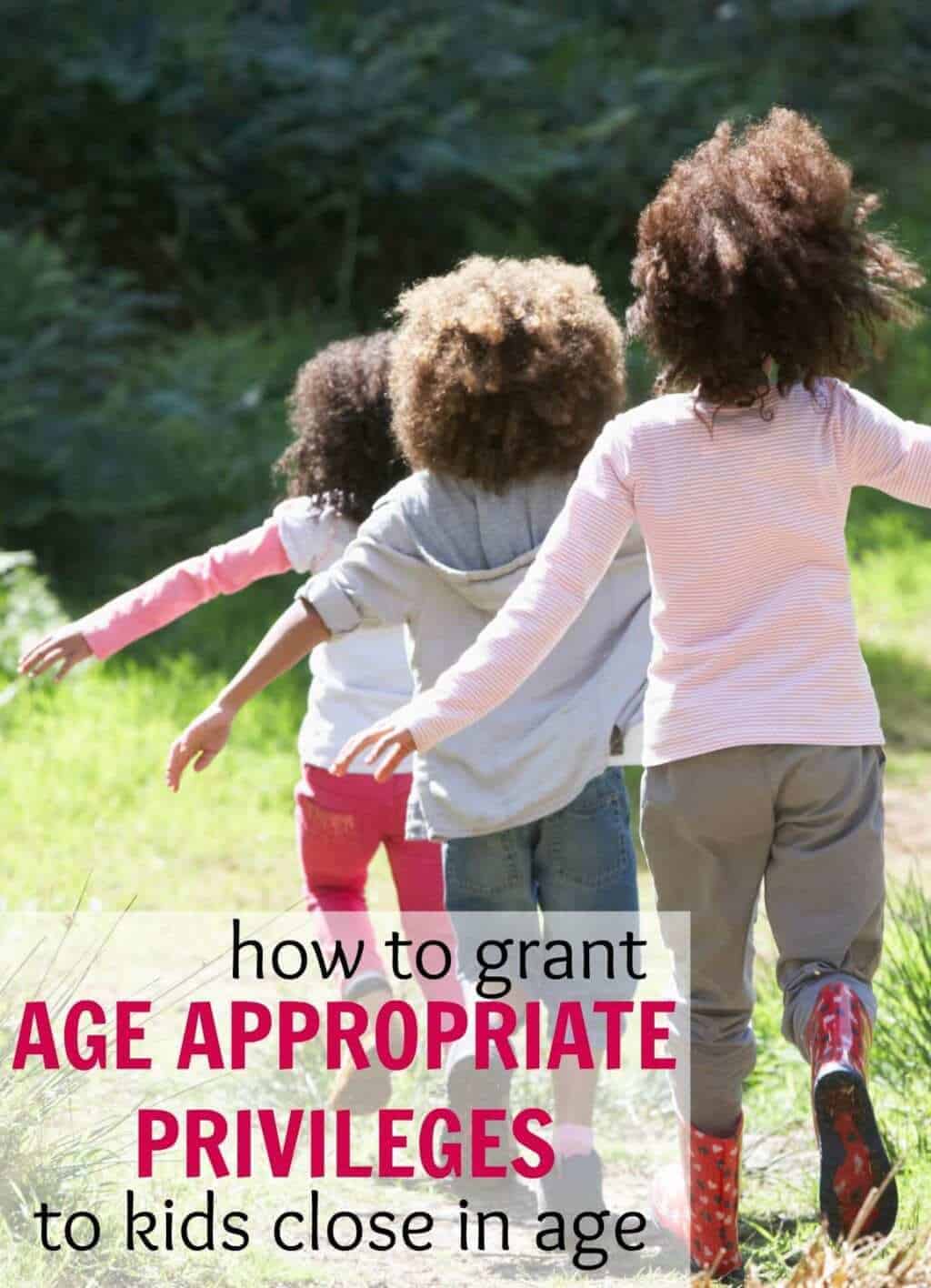 I talk about it often, but that’s because it is my entire life right now… I’ve had 4 kids in 4 years (here are the pros and cons of having kids close together in age).  I’ll say that one of the cons is it’s often difficult to grant age appropriate privileges because, well, they are all so close together it hardly seems there is a difference sometimes.

I didn’t used to even prioritize this at all because I wanted them all to do the same things at the same time to make life easier. And it did make life easier for a time, but I started to realize that it’s a rite of passage to have certain privileges at certain times, isn’t it?

I began to focus on giving little privileges here and there to the kids and saw something amazing. First, they didn’t even notice their siblings were being treated differently most times. Second, they felt so special in that moment when they knew they were getting to do something special. Since then I’ve tried hard to find intuitive ways to make it work and here are my thoughts.

It’s easier to start with the oldest child and go from there. Pick a time of day or routine activity that you can easily add in some change. It’s a good idea to give the privilege while the other kids won’t be standing on looking envious.

My daughter is nearly 4 and therefore doesn’t need a nap every day. I’ve started to let her help me “feed the baby.” This just means she will sit with me on the bed and perhaps play a game on my phone (which they never get to do) or just talk. If I’m not feeding the baby then I’m working so she sits beside me and colors from a special coloring book we only bring out at that time. It’s only about 30 minutes, and then she’s off to rest time, but she glows with pride.

If you let the oldest have screen time for 15 minutes and the middle for 10 minutes, that’s a privilege but still isn’t different, per se. That’s why I will try to run errands and rotate which child gets to come. Since I don’t like running errands with all 4 kids it’s often exciting for the one that gets to come. My second child loves coming with me alone to run errands because he gets to sit in the shopping buggy instead of his younger brother.

It’s hard for me to find specific privileges for my second born (nearly 3) so I try to find special tasks or jobs he can have that the others don’t. It isn’t necessarily something the others couldn’t do, but just something for him. Maybe I’ll let him “wash” the dishes or go play in the barn (where the tractors are) while the others are occupied. The key here is to create some special things that only this child will do. It can be their own particular privilege even if it isn’t necessarily different because of age. 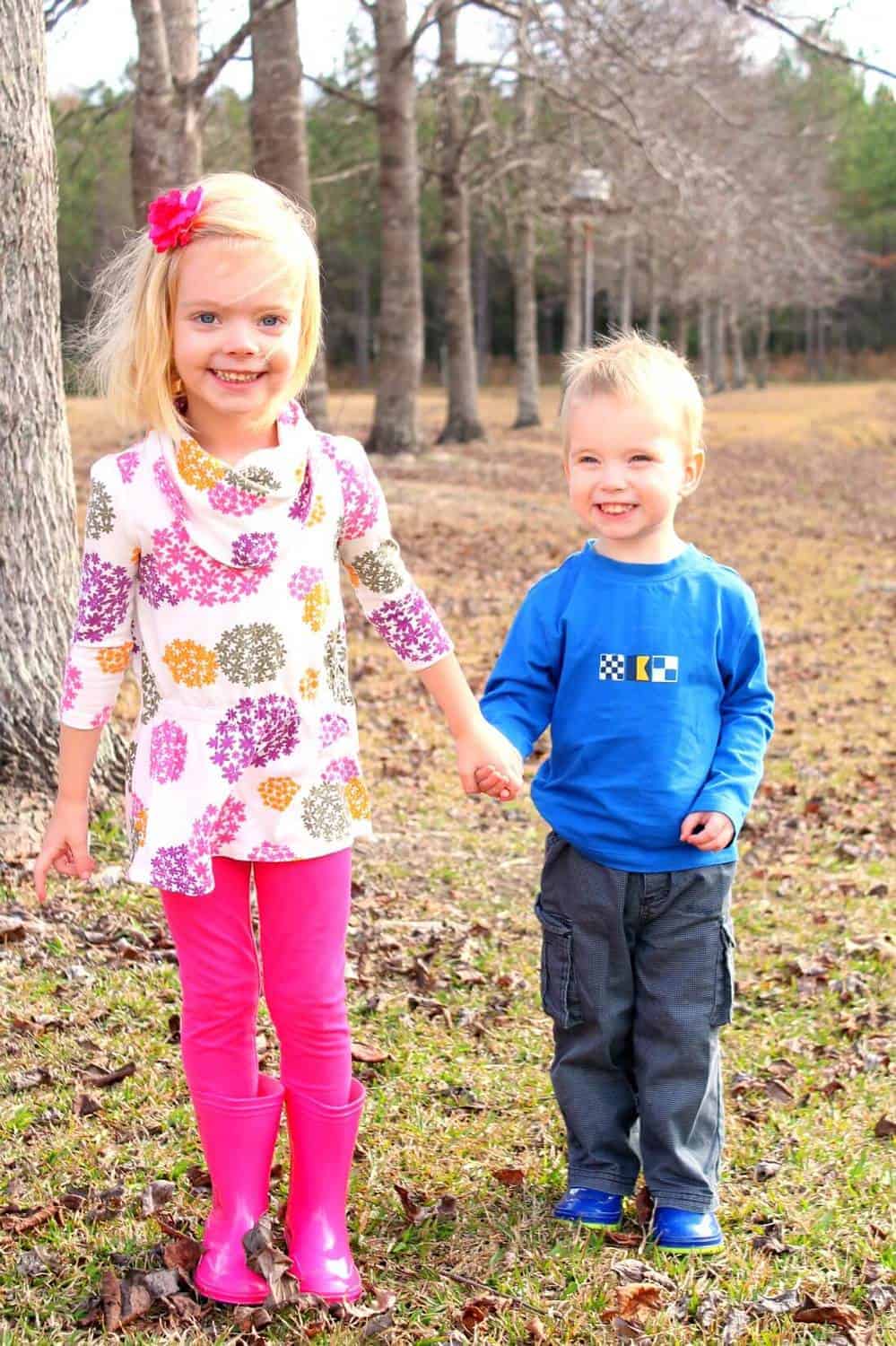 3. Beware of granting too many privileges to the youngest

In my attempt to run a smooth routine I realized I was letting my 15 month old (this was a few months ago) do almost all the same things my other children were. I wanted to corral them so I could get things done, however it wasn’t working. He was becoming “too big for his britches” and so I cut back.

I took away screen time for him – he was too young to even care about it anyway – and just brought him in with me. I began leaving him in the high chair if I was doing something in the kitchen instead of letting him run free because he  kept climbing on the counters while I was busy at the stove. Instead of letting him roam the house, if I was unable to watch him closely I’d put him in the playpen with some toys. He still had tons of play time, but I limited his “roaming free” privileges and saw a corresponding benefit in his behavior.

4. Privileges can correspond to behavior

You can also grant privileges based on behavior and willingness to do chores around the house. If a child knows that A behavior results in B privilege, and you leave the choice to do A up to them, then you can grant B based upon completion of A. If you’re still with me… This would be more of reward based system instead of simply age, but it can help determine some of your decisions if the kids are too close in age for many age appropriate privileges to be natural.

What’s a privilege will be different between families, but here are some ideas you can use to tweak so your children can be granted privileges, and conversely restrictions, based on your family’s preferences and values.

How do you decide age-appropriate privileges and rewards?