🕐 Ready to organize your family’s daily routines so you can enjoy your life without the stress? Family Routines Reboot can help!

The first year of life is full of so many changes, including food! Here’s how we do it. This is a sponsored conversation written by me on behalf of Sprout® Organic Baby and Toddler Foods. The opinions and text are all mine.

Here’s how we go about feeding our little ones until their first birthday.

Years ago when I found out I was pregnant, I lived in England, then Scotland. Breastfeeding was far more common than I remembered it being in the States (that said, I hadn’t been around friends with kids yet) and my midwives acted like it was a given. So I decided nursing was the way and it’s been one of the best decisions of my life.

With my fourth child, I actually say this nauseating phrase nearly every time I feed him… “Come here, little one, I made milk in my heart for you!” You can’t even, I know. I do breastfeed on a schedule and basic routine and yes, this is very possible.

Can you Breastfeed on a Schedule?

How to Get a Breastfed Baby to Take a Bottle

In years past pediatricians and authors suggested beginning small amounts of solids at 4 months. Rice cereal was the recommendation. I did that with my first two children as they appeared genuinely starved at that age. Very small amounts and then built up.

With my youngest two I waited until around 5 months, building it up until they were getting good amounts by 6 months. By this age you introduce certain healthy foods, one at a time, and watch your child’s reaction to be sure there are no food sensitives or allergies. The nearest grocery store that carries a strong line of organic foods, as well as foods for those with allergy sensitives, is Publix. It’s likely different in your area.

At this point you’ll determine if you want to make your own baby food, buy from the store, or a hybrid. For my fourth baby, we do a hybrid. I cook some basic vegetables (though I’ll be honest it’s mostly sweet potato) to have on hand for meals. For my first child, I think she ate perhaps one jar of baby food from the store. I wanted to know exactly what was in the food, so I made it. Nowadays, we’re blessed with a lot of pure choices which helps.

Once I had a reader write on a survey that she felt guilty buying organic baby food at the store. She said she was buying organic baby food with no preservatives, so she hoped that was enough. I say, enough with the mommy guilt! I buy pouches like the above to keep when homemade supplies run out, to bring with me to church, on errands, and at other peoples’ homes. They are healthy and they are easy, and that’s good enough for me.

In the photo above my son is sucking on a Sprout Organic baby food pouch. He likes that, though he gets incredibly messy, but I also keep a spoon around to feed him with it depending on what’s happening. None of my children have been partial to any specific flavors. Their preferred flavor is food.

We are really blessed to be able to go to the store and have such a huge variety of healthy foods to give our babies. In other countries the babies drink milk only for years because it’s simply all they have.

One phrase to use when feeling mommy guilt

Homemade baby food: to do or not to do

At this point I begin introducing more solid foods instead of puree. I know those who do baby led weaning do solid from the get go, but my kids are huge eaters and the purees help them get enough into their little systems. As they are more coordinated (hand to eye and pincer grasp) they begin to feed themselves. I love this because there is a little more freedom there.

Here I begin blending or mixing foods I’ve cooked for everyone else so they are getting ready for full immersion. Foods that were previously pureed heavily are more chunky, so the babies learn to handle different textures and foods. I also introduce a lot more variety to their diet which I love. I honestly find the baby eating/feeding stage difficult.

At this point mine have also begun to really eat a lot. If they miss a “meal” then they wake up early from naps and early in the morning. Yes, this is a thing. If your child consistently wakes easily in the morning, the first two things I’d do is make sure they have a good early bedtime, and feed them more.

Essentially, after this point, I give them the food the rest of the kids eat. Whether that’s peanut butter and jelly, yogurt, puree packs like Sprout Organic, but for toddlers, or taco casserole. Except perhaps with a tad more applesauce than the others :).

I’d love to hear how you feed your baby! Tell us in the comments.

This is a sponsored conversation written by me on behalf of Sprout® Organic Baby and Toddler Foods. The opinions and text are all mine. 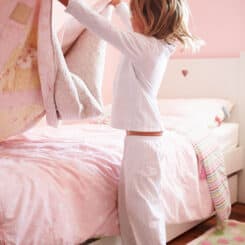 Kids (toddlers through elementary school) will learn everything from life management, social, survival, and hygiene skills PLUS MORE!

Do children really know what’s best for them? 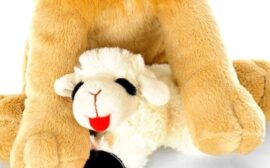 The Lion That Wants to Devour Your Family

What I Learned at the Public Pool 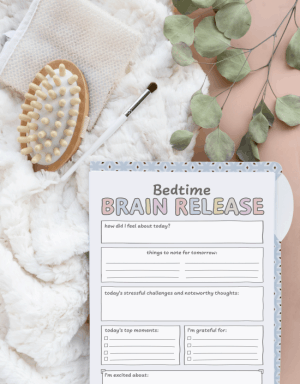 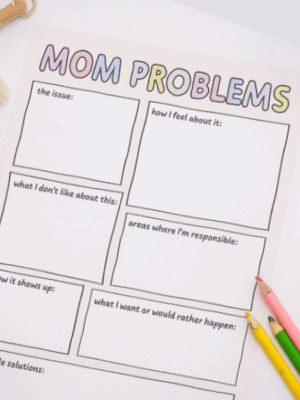 Brainstorm Your Own Routines 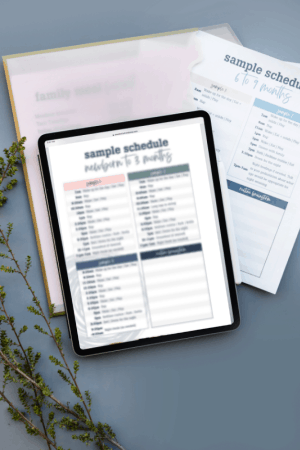 Take Care Of Yourself 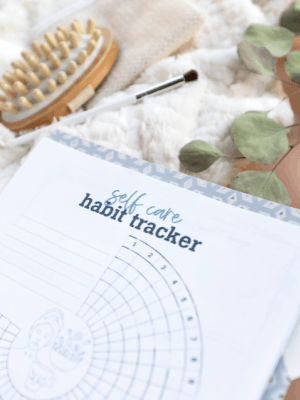 Check out these bestsellers! 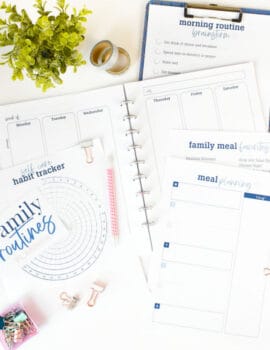 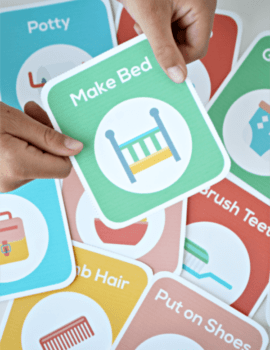 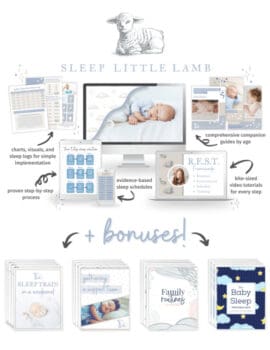 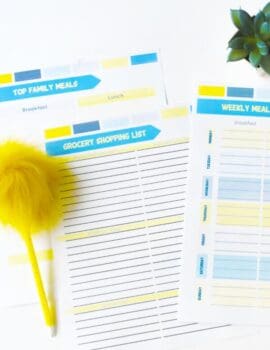 Need Something Else? Check Out My Shop!

Parenting Doesn’t Have to Be This Hard

Find simple solutions with our free printables below. 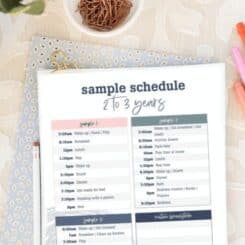 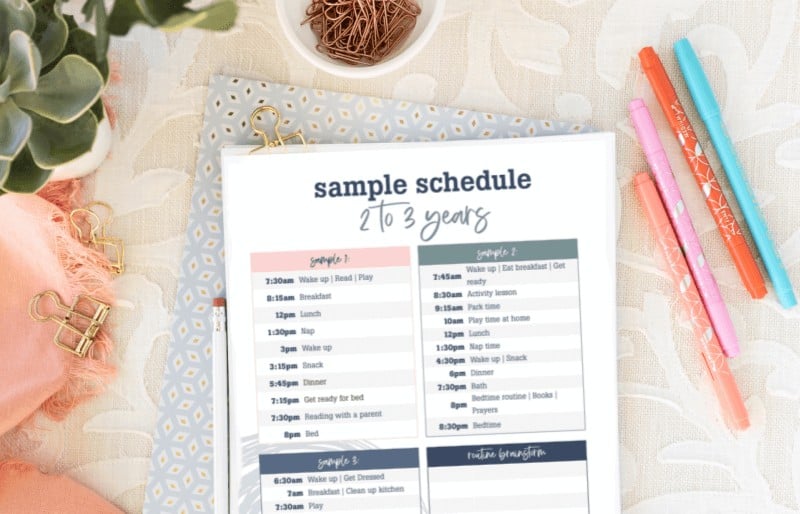 Get my cheat sheets (newborn up to elementary aged kids) and find your family’s groove. Use them for nap times, meal times, bedtimes, chore times, play times AND more! 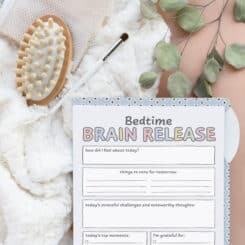 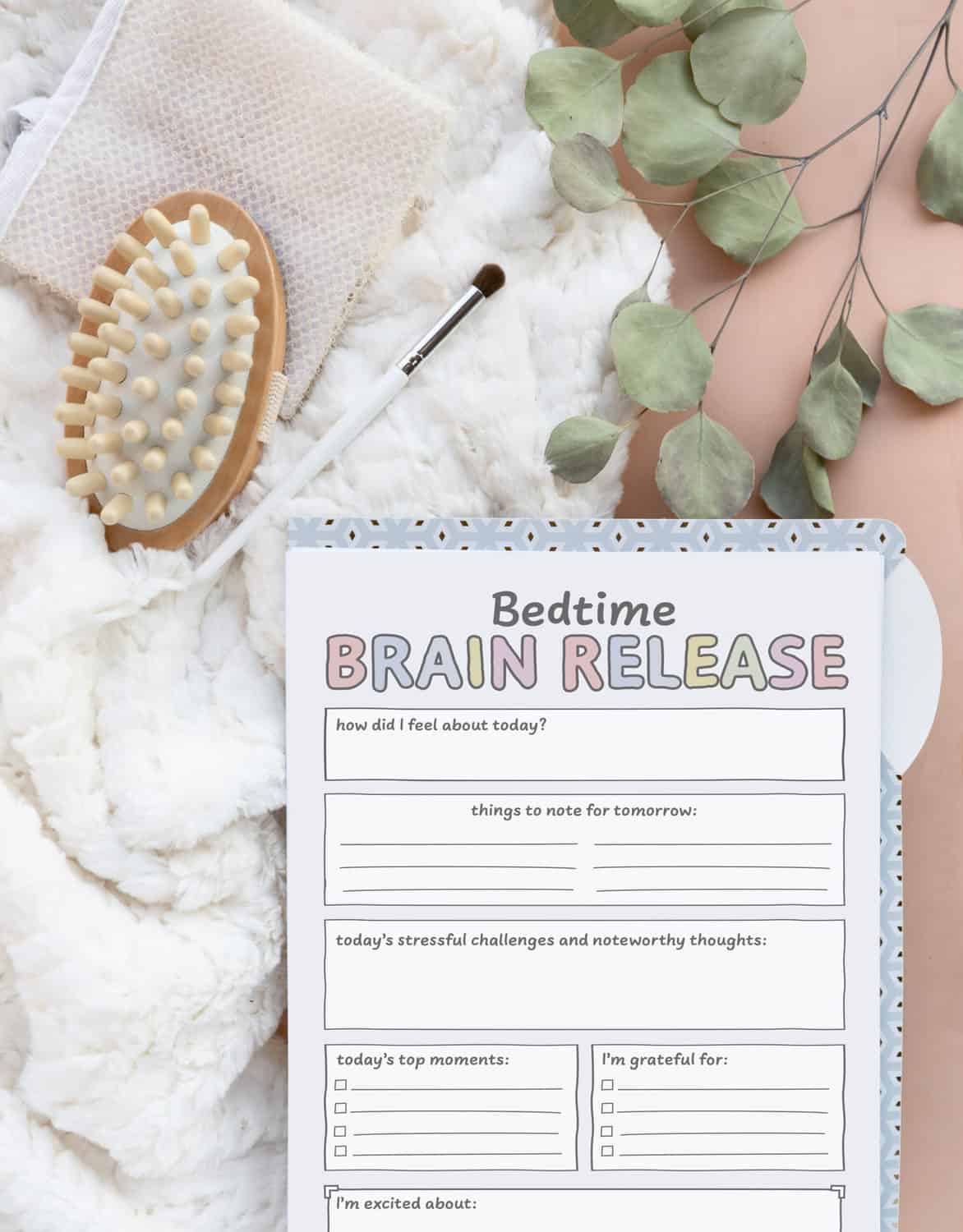 Don’t end the day with anxiety, stress, and a full mind.

This evening brain dump journal sheet will help you get in a peaceful mindset so you too can sleep peacefully through the night. 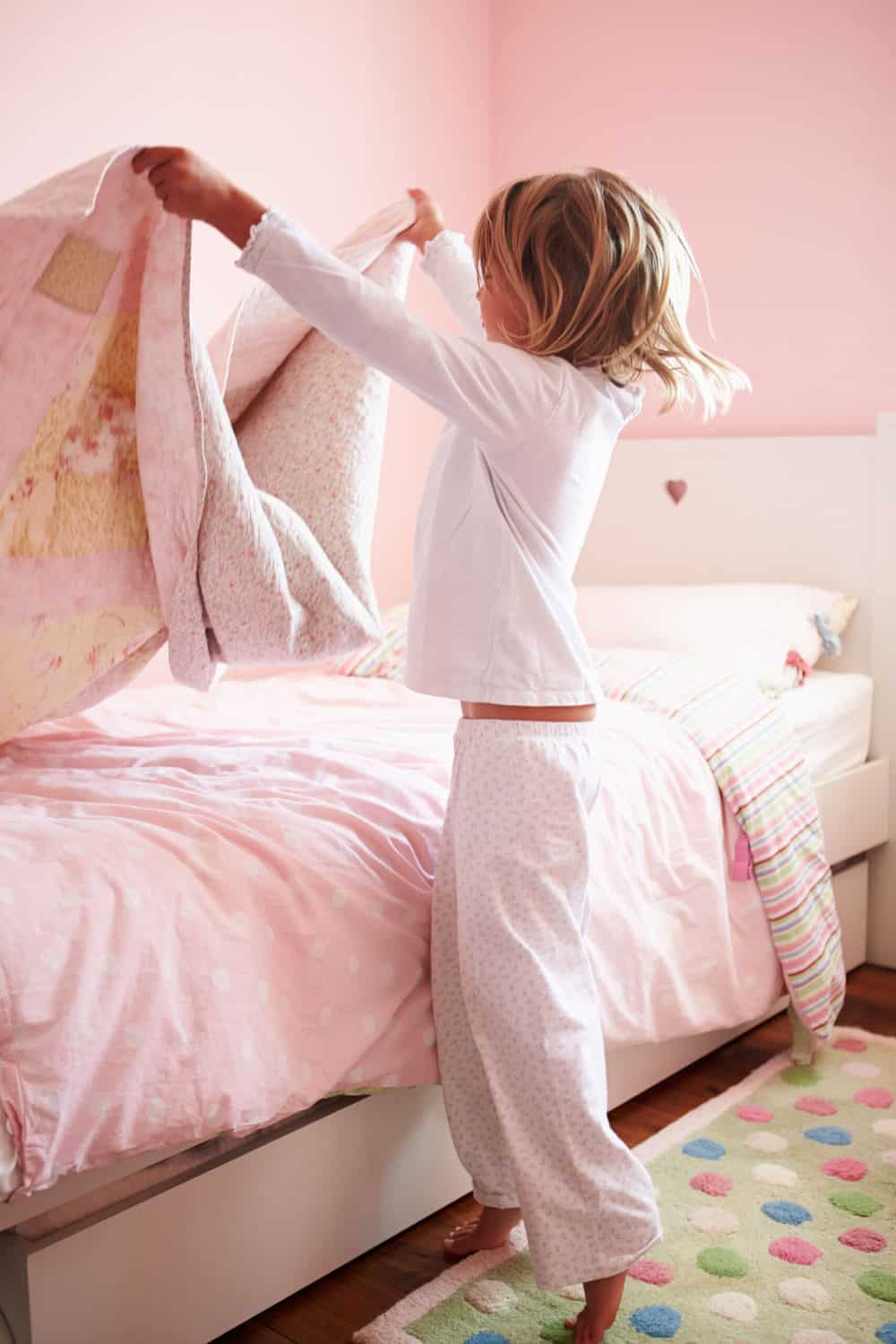 Kids (toddlers through elementary school) will learn everything from life management, social, survival, and hygiene skills PLUS MORE! 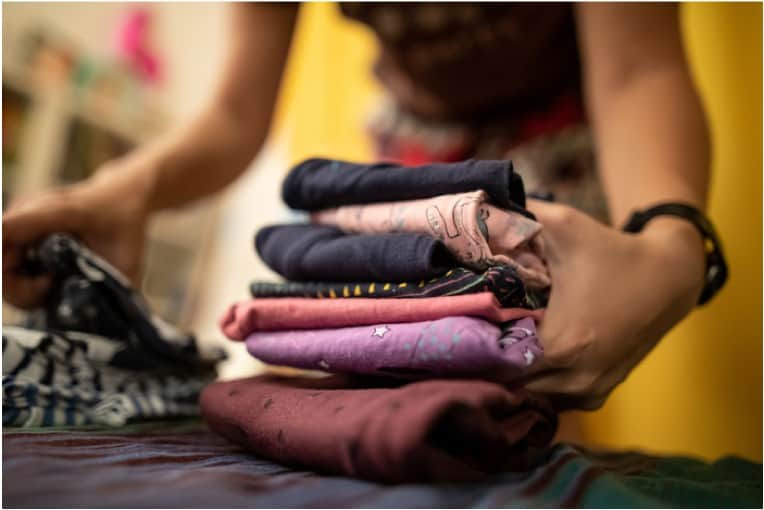 In just 15 minutes a night (while you’re in your pajamas!) take your home (and heart and mind) from stressed out to organized. 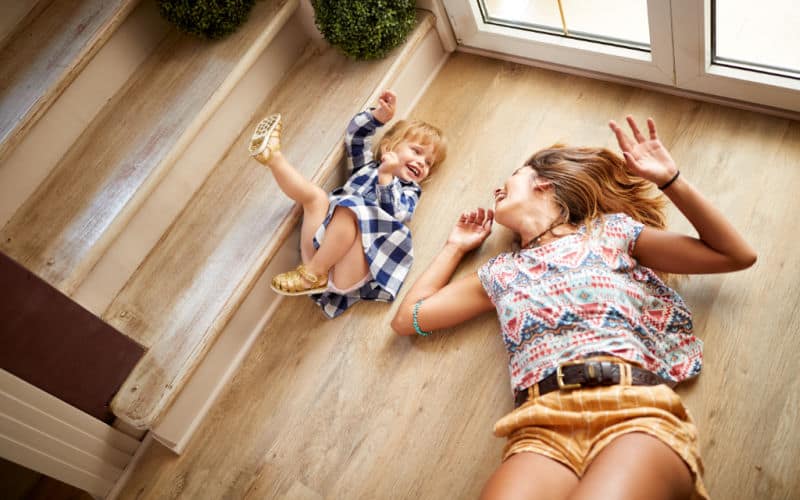 Pull out these fun questions to share some laughs with your precious ones. Use them out at meal times, car rides, or any time the day is getting chaotic and you need a reset to connect. 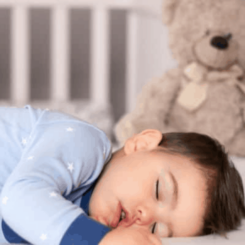 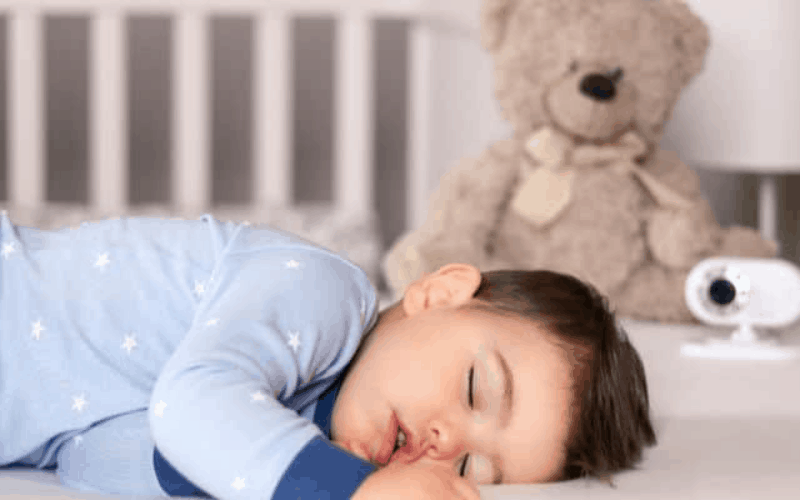 Learn how to space naps, how many a day per age, best times, etc. and get your nap game ON!

I believe you can run a low-stress home without feeling out of control and overwhelmed. You don’t have to be exhausted and running around like a chicken with its head cut off every day. Seriously… you don’t.

As a mom of 5, I understand what it’s like for lots of small problems to take over, leaving you overwhelmed. Every month, I help hundreds of thousands of moms, just like you, find breakthroughs with my simple solutions that address parenting and home struggles.