“It wasn’t my fault” and “he made me do it” are phrases kids like to put on repeat. A parent’s job is to help children learn to take responsibility for their actions, both because it’s right and because it helps teach them cause and effect. A lesson that will serve them well for life. 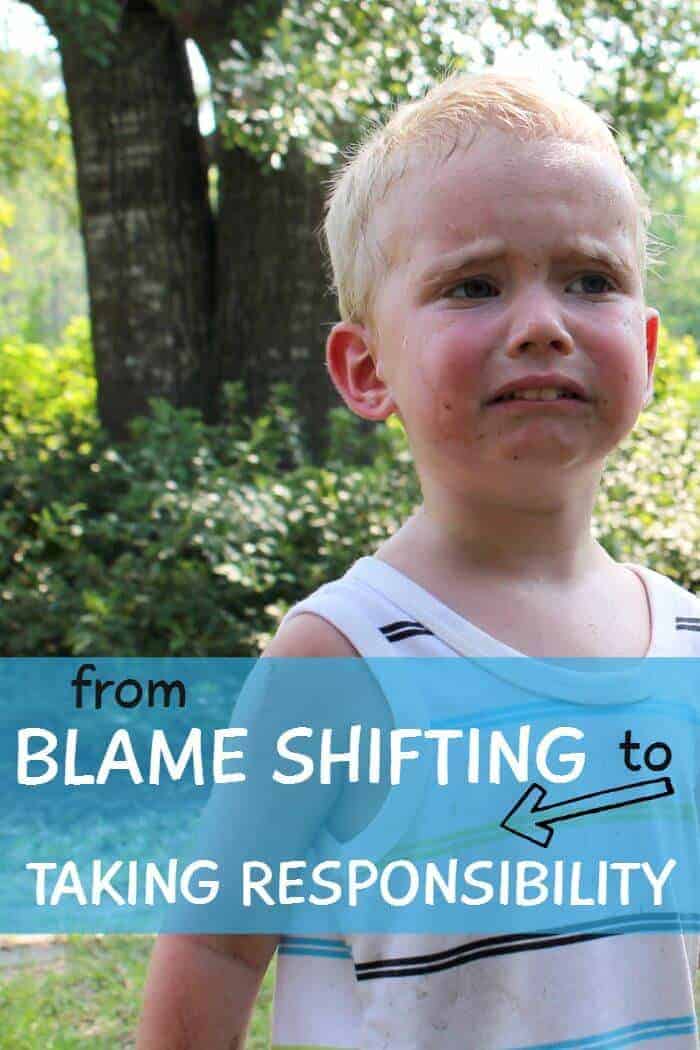 It’s a fact of human nature: no one likes to be wrong.

We don’t want to get in trouble.

We want the easy way out.

This goes for men, women, young and old.

Blame shifting (n): a tactic to push fault on another person. Essentially, blame shifting happens when children blame others or external circumstances on their behavior. Whether they did something wrong, failed to do something right, or feel a certain way, they are reluctant to own up to their own part or responsibility. They shift the burden of blame and/or action on others.

“She was there with me!”

Ultimately, kids don’t want to displease their parents because they love us. They want us to be happy, not angry. But it’s human nature to test boundaries and try new things, even if those are forbidden. Because they (a) love us, (2) don’t want to get in trouble, and (d) prefer the path of least resistance they will often try to blame shift. While you shouldn’t be alarmed when this happens, it’s something you should most definitely work to curb for quite a few reasons.

1. Allowing blame shifting robs them of one of life’s most important lessons.

In my personal opinion, one of the great life lessons we can help our children take hold of in childhood is this: cause and effect. Children need to learn – for their own good! – that it’s important to take responsibility for their actions. To own up to their mistakes. To be the master of their own responses.

Example: If one child takes something off the other and the response is a kick, there are two things happening. One, a child swiped a possession. Two, a child responded with a kick. Both have a level of responsibility and I believe it’s important that both parties shoulder the responsibility for their own choices. Excusing bad behavior (in response to another bad behavior) just says, “Sure you can hit/slap/scream if someone does something unpleasant to you.”

There are times when your child will do something (like color on the walls or take money from you, in an extreme example) and deny it or blame it on someone else. There are other times, however, when they will fail to do something and blame it on external circumstances of people. I believe this is ultimately more dangerous. 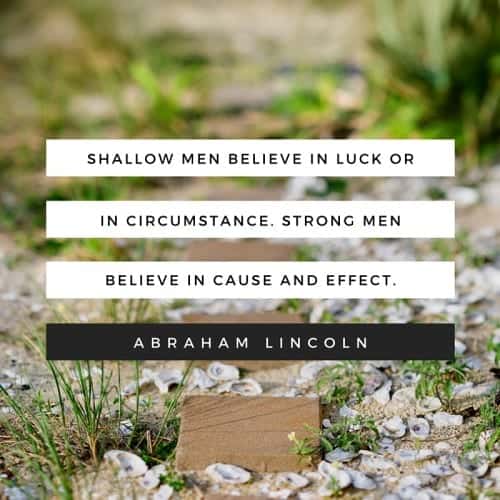 Example: Your child has a deadline for school, waits until the night before it’s due, then realizes the printer is out of ink, and Wal-Mart doesn’t have a replacement. But it’s not Wal-Mart’s fault. The work still has to be done and now it’s time to find another way. Blame shifting says, “Oh well, it’s not my fault they were out of ink. I’ll just have to turn it in late and hope it’s excused.” Problem solving says, “Is there somewhere else I can go – perhaps to a family member’s house? – and print it? I won’t do this again!” That is recognizing that they must now deal with their choice to delay work and find another solution.

Blame shifting says, “this is someone else’s problem, not mine.” Well sometimes that’s true. But sometimes it isn’t. By reminding your child they own their choices, emotions, and decisions you are actually empowering them to change their situations. Those who feel that “life happens to them” do not set and meet goals. They feel at the mercy of life. They feel robbed if luck doesn’t go their way. Instead of working harder and persevering they blame life or fate for their situation.

4. Blame shifting increases pride and decreases the capacity for humility.

I have one child who quickly tries to blame shift anytime it’s clear someone is in trouble (I see where this comes from because this child has my personality). It’s often a struggle to get the child to admit they are wrong. But, when given enough time to think about what happened, the desire to make things right is born. This is humility.

However, if the child isn’t given time to swallow their pride and see where they hurt another, humility and empathy don’t rise to the surface. This often requires time alone for reflection. I believe “time out” is helpful not because of the isolation factor, but because it’s the only way they are given time and space to think about what’s happened.

How to discourage blame shifting:

How do you handle it when your child tries to blame others for their actions?