There are some parenting battles worth fighting… 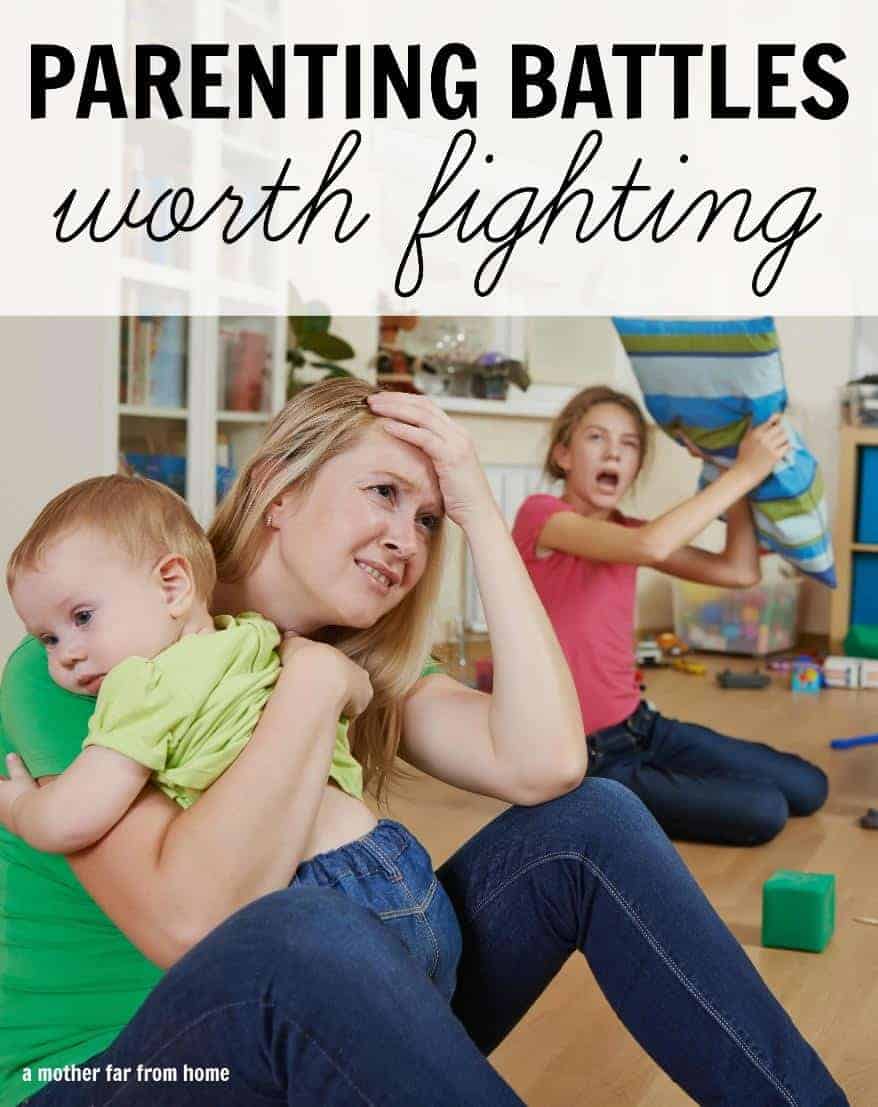 What is it that they say? You should pick your battles. I remember thinking that was something of a cop-out, as though doing what was right was too hard to do each and every time. Then I grew up. Then I had children. Then I grew up some more.

Then I realized that what I think is right isn’t always right. And I realized that many issues over which I would have fought to the death over previously, weren’t all that important really. I have come to realize there are certain battles in parenting worth fighting and there are certain battles that aren’t. Before you choose a silly hill to die on, think about what you’re willing to dig your heels in for.

Here is where I stand on it now.

When it comes to matters of politeness, I choose that hill to stay and fight on. Lately my 2-year-old has started declining to say “thank you”when we ask her to in front of another adult. Whether they’ve given her a gift or told her something nice, we usually look at her and say “can you say thank you?” Previously this was fine. Lately, she won’t say a word. I am pretty sure the last three times she has refused, I popped a few blood vessels.

At first I wasn’t sure if it was an isolated event, but today when she out right refused I realized I had to actively train her beforehand and then respond appropriately if she doesn’t comply. We are working on a strategy for this. In this area, we are not willing to let this battle go. We may all end up dirty and wounded, but dadgummit, a well-mannered person is something important in life.

Aside from the fact that I can tell firsthand how important sleep is for children, and conversely the lack of sleep, I can’t count the number of articles I’ve read recently citing lack of sleep as one of the roots of ADHD, inability to focus, and even brain developmental delays. Of course getting a good night’s sleep is not a cure for every ill, but still. Sleeping ain’t no joke. Naps only last for a few years, and even adults need healthy amounts of sleep to function properly so this is an area we fight for.

Sure, they can miss a nap or two on the occasion and even go to bed late for a good reason. 95% of the time, though, they nap and are in bed at a good hour. I know this is good for them. The whole household suffers when they are overtired.

3.  Following through on your word

If you issue a silly command and then realize you need to take it back, by all means do so. I’m not suggesting we go forward with a bad idea simply because we started it. That’s called escalation of commitment, and I think it’s a bad thing. However, most of the time when we say something is going to happen it is usually rational. If you tell them “no biting or no park” then you better be prepared to stay home.

If you say “eat all your dinner or sit here all night” then I hope you’re willing to pull an all-nighter. Only say what you’re willing to do and do what you’ve already said. Your kids will not remember many isolated events in which you kept your word, or didn’t, but they will most definitely remember if you are a person of your word. Being a person of your word is a battle worth sustaining some injuries over.

Read: 5 phrases to end dinner time battles once and for all

I’ve heard it said that you shouldn’t do things for your kids they can do for themselves. Well as a mother of 3 (now 4) I have that reminder going through my head constantly. If my kids ask me for something I think they can do for themselves – even if it’s a challenge – I ask them to try first. Cleaning their room must be done when asked. If I ask them to help me spur of the moment and they fight it, I’ll push until it’s done.

I think if we let chores and helping slide when they are young it’ll be increasingly harder to get their cooperation and assistance in later years.

Children, funnily enough, do not know what’s best for them many times. They think climbing bookshelves and jumping off chairs are good ideas. They love jumping on beds, playing with cutlery, and running terribly fast downhill. They are made to try these things and we are meant to teach them some restraint. If they don’t want to mind you when they are putting themselves in danger – well – who cares what they want? A mother’s job is to protect their children and teach them to protect themselves. When they want to fight you on a matter of safety, this is a good hill to go down fighting on.

Each family’s battles will be different, but there are surely many we all fight. Wednesday I’ll post on battles not worth fighting, and then Friday on the ace of a battle to avoid at all costs. Get ready, oh warrior princesses. 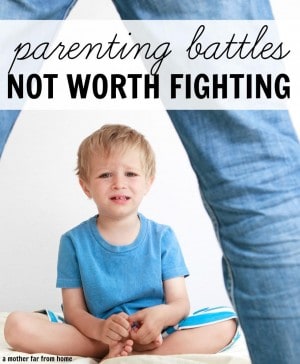